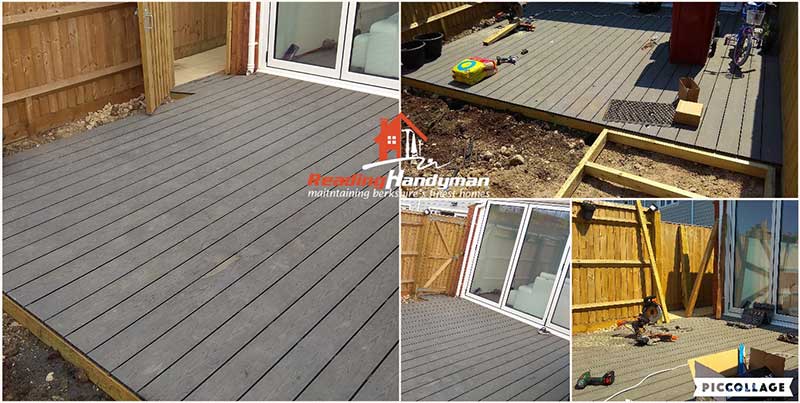 4m x 4m composite decking area with 2 sloping ramps. We were originally asked to build this decking area in Reading. We told the homeowner that we are happy to do that only if he gets someone else first to level the area and remove 30cm of soil and building rubble because we are not equipped to do that.

So he found a landscaping company which gave him a “deal” that he could not refuse. They would level the ground and build the decking area for x amount of money and he agreed. Two weeks later he calls and asks if we could come and finish this project!

This landscaping company he hired started this project, took the money upfront and then left the site without finishing the job. We finished the project, created additional support for the base because the cowboys that did it just left the base sitting on the ground, uneven and bouncy. We also installed a new side gate and posts and created 2 sloping ramps. The soiled area will be filled with blue slate and some plants.

What can I say, there are always cowboys out there. Before you hire someone to do the job for you do some research, check reviews or ask to see examples of their previous work.